The Comet is one of two goldfish varieties that originated in the USA. 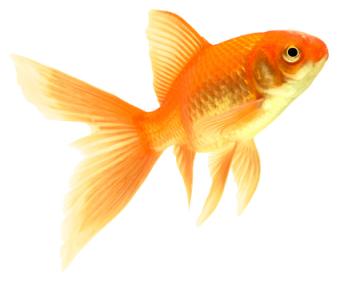 The Comet goldfish is believed to have been a mutation of Ryukins or red Fantails.  It would have taken some serious selective breeding to achieve the slim body shape and crimson coloring from such a mutation.

It is thought to have originated about 1880 in US Government ponds on the Mall in Washington D.C.

A pioneer American breeder Hugo Mulertt﻿ may have produced them at about the same time.  It was he that gave it its name.

Comets are suitable for ponds.  They are hardy active fish that can withstand low temperatures and are bred in the largest numbers of any variety in the USA.

The color change from the drab wild coloration to gold starts quite quickly, at about a month old.  Any fish that haven’t changed color by six months old shouldn’t be used as breeding stock. 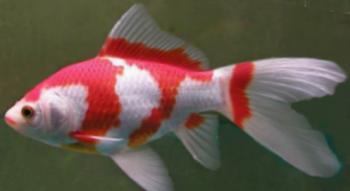 Another variety often mentioned is the Sarasa Comet.  Sarasa is the Japanese word for calico.  This variety isn't colored the usual solid orange/red like most comets, but has a mix of red and white patches over the body and fins.

This color variation can occur in any metallic scaled goldfish but breeders have managed to scatter the two colors more evenly across the body.

These goldfish don’t suffer the digestive problems caused by poor food that can lead to balance problems in the more developed varieties with short round bodies.

Caudal Fin: Single, as long as the body, deeply forked with pointed ends

Scale Group: Metallic, intense red coloration.  Many have red and white coloration but for show specimens a single red color is desired.

Distinguishing traits: Extended fin length, with the caudal fin the length of the body.

Breeding:  One of the easier varieties to breed because they lack features that hinder breeding in the more exotic varieties such as telescopic eyes or extended double caudal fins.  They are quite active fish so a large aquarium or small pond is required.