Here is a selection of common Goldfish medications grouped under the headings of the diseases they treat.  Each has an Amazon.com link for those not close to an aquarium products shop.

Alongside each medication is the parasitical, fungal or bacterial disease it can be used for.

As with any treatments, extreme care is necessary when administering to an already weakened fish.  If a fish starts to turn over on its side or gasp at the surface, the treatment is too strong.  Remove the fish from the treatment immediately and once it has fully recovered, try dosing with half the strength.

It is safer to under dose initially until the fish starts to regain some strength, then slowly increase the medication to the required strength.

Aquarium Salt is a cheap must have for any aquarist.

It can be used to start treatment for any disease, even before a full diagnosis has been made. Used alongside specialist treatments it promotes and speeds up recovery.  it can be used for parasitical infestations but because the dosage usually has to be very high I prefer to use parasite specific treatments and use the salt as an added aid to recovery as a general tonic and boost to the immune system.

I always add a small handful of salt (about 50 mils/3 tablespoons per 50 liters/13 US gallons) at each partial water change.

Goldfish are able to take high levels of salt in their water, especially if it is added gradually.

Methylene Blue is a dye. It comes in crystal/powder or in solution. The most common form sold in aquarium shops is in solution.

Goldfish are quite tolerant of Methylene Blue and can take quite high doses, with the water almost appearing black.

It will stain everything in the aquarium blue.  The color will fade over time but to accelerate the process leave any stained items out in sunlight for a few hours.

Uses:  Treatment of fungal and bacterial diseases.  It is also very effective for stopping fungus attacking unfertilized eggs in a spawn.  Fungus will attack fertile eggs if they are close to an unfertilized egg.

Not practical for pond treatments because sunlight breaks it down very quickly.

Malachite Green is a synthetic dye used to color paper and fabric. It is also useful for the treatment of fungal and protozoan infections of fish such as Ich.

Uses:  Treatment of fungal and bacterial diseases.  It is also sold as a fungicide to stop fungus attacking unfertilized eggs in a spawn but I prefer using the safer Methylene Blue.

Use Malachite green with caution as you can easily overdose your fish.

Not practical for pond treatment because sunlight quickly breaks down the dye.

Melafix is a broad spectrum antibacterial medication that treats a variety of diseases caused by bacterial attack. It uses natural chemicals.

Melafix won't affect the biological action of the filter, alter the pH or discolor the water or aquarium accessories as some of the other treatments do.

Kanaplex is a broad spectrum antibiotic so will destroy the bacterial action of the filter.  A sick bay must be used when treating with this medication.

The manufacturers claim it will cure fungus but fungus being a genus of protozoans, I would doubt its effectiveness.

It is effective for treating bacterial diseases and is one of the few medications recommended for treating dropsy.

Microbe-Lift treats both parasitical infestations because both are caused by fresh water crustaceans.

Several treatments are required because the eggs are not killed.  The interval days will vary depending on temperature, 7 days being usual. 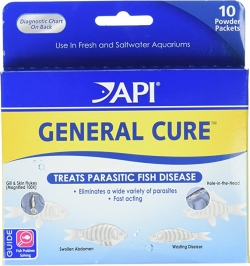 API General Cure is a Praziquantel and Metronidazole based medication that kills both gill and body flukes, which are a major problem for Goldfish in crowded conditions or under 2" (52mm) in body length. They can wipe out an entire brood of fry in days.

If fish are seen twitching their fins or darting around the aquarium, it can be assumed they have flukes.  Even if you don't have a problem with flukes, it pays to treat any new fish as a precaution.

Praziquantel  is non-toxic to fish, plants and biological filter bacteria.  There is no need for a water change after treatment.

Any carbon in your filter MUST be remove prior to treatment.

It can also be used for treating Koi carp.

It is claimed not to interfere with the biological process of filters, discolor the water, or harm plants, so it can be used in a set up aquarium, but it is toxic to invertebrates and some snails.

There are reports it is toxic to Plecostomus species so I would only use it in a sick bay, not in a community aquarium.

It can be used in fresh and salt water aquariums. 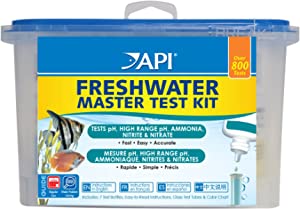 A Freshwater Test Kit is a vital piece of equipment for anyone keeping fish.

A water test kit should measure:

API Stress Zyme is used to introduce beneficial nitrifying bacterial to a new aquarium or pond filter to speed up the ammonia cycle.

Stress Zyme® contains billions of bacteria in solution that quickly colonize a filter.

The manufacturer recommends weekly doses to help break down sludge built up in gravel.

API Stress Coat® Water Conditioner is another vital multi-use medication as it is an aquarium water conditioner that removes chlorine, neutralizes chloramines and detoxifies heavy metals.

It contains Aloe Vera that promotes the healing and regeneration of damaged tissue. It also replaces the natural protective coating on fish that is used to form a barrier against fungal bacterial and parasitical attack.

Use it every time you make complete water changes and whenever you handle fish or if they are in a stressed environment such as a temporary container. Stress Coat® saves time as fish can be returned to their aquarium or pond immediately after a water change. 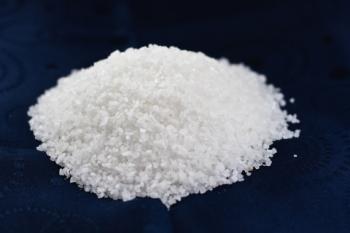 The cheapest yet most useful medication is ordinary un-iodized cooking salt, also called rock salt.  This can be found in any food store.

Don't use table salt because iodine has been added as an additional source that our diets usually lack.  An anti-caking additive is also usually added.

Uses: As a general tonic and boost to the immune system.  I always add a small handful of salt (about 50 mils/3 tablespoons per 50 liters/13 US gallons) at each partial water change and always add it to the water of any fish I am treating along with any other chemicals.

Goldfish are able to take high levels of salt in their water, especially if it is added gradually. 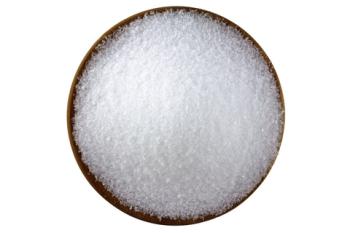 Another cheap and readily available medication.  Epsom salts can be found in larger supermarkets or at the local drug store (chemist).

It looks very similar to un-iodized cooking salt and is often used as bath salts.  Bath salts often have a coloring mixed in so only use plain Epsom salts. 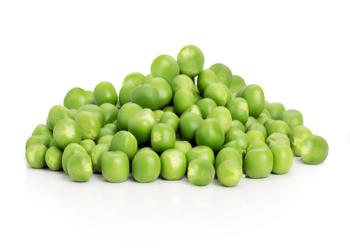 Cooked frozen green peas shelled and broken into smaller pieces provide fiber that is lacking in most prepared foods.

Other vegetable foods that are just as effective are kale, spinach or broccoli.