Dropsy causes the Goldfish to become bloated and its scales to be distended. 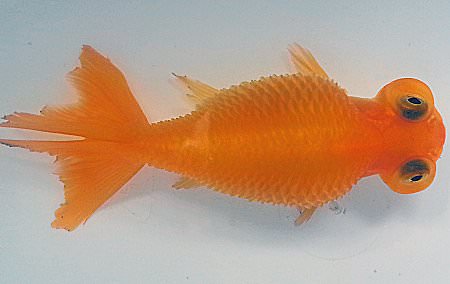 The kidneys shut down and the fish retains fluid.  This fluid retention causes the fish to bloat and the scales to distend as fluid builds up underneath them.

The first symptoms of the disease start to show when the fish appears bloated or scales behind the head distend.  As the disease progresses all the scales start to distend, moving gradually towards the caudal fin until the fish looks like a pine cone that has opened.  This appearance is why dropsy is also known as pine cone disease.

One or both eyes may also be pushed out from the eye socket as fluid builds underneath.

The Pearlscale Goldfish is often mistaken as having dropsy because its scales have a raised bump in the middle.  The scales on Goldfish with dropsy have a fluid sac under each scale which pushes the scale away from the body giving it the characteristic opened pine cone appearance.

The disease doesn’t spread to other fish in an aquarium environment unless it has been caused by a toxin.﻿ 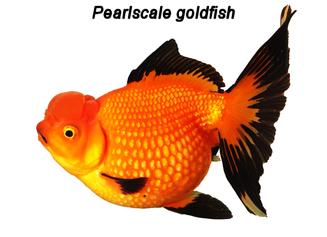 As dropsy is a symptom of renal (kidney) failure, something has damaged the kidneys.

Older fish in poor condition often develop the disease or fish that have been exposed to an extended period of low temperatures.

Redness on the body or fins is common which would indicate that the fish is in poor condition and its immune system has failed.

The exact cause of dropsy in a fish is unknown unless a necropsy is done after death which makes treatment difficult.

Excluding toxins, there are three possible causes, bacterial or parasitical attack of the kidneys or cysts.

At a guess, it is probably a gram negative aeromona bacterial disease that has attacked the kidneys causing them to shut down.

Quoting C M Sandoval from the Czech Institute of Parasitology Biology Centre ACSR, "It is now known that the disease is caused by myxozoan parasites, commonly of the species Sphaerospora auratus, among others.  Unfortunately there is at present no effective chemotherapeutic drug against the organism, although Fumagillin has been reported as effective against Hoferellus carassii infection (Yokohama et al.2009)"

There is no treatment available for a cystic kidney. 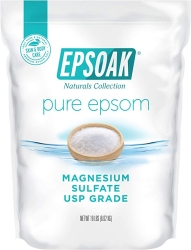 There is no easy answer to this condition. If the goldfish looks like an opened pine cone before you notice it, then it is probably too late for treatment.

But that doesn’t mean we shouldn’t try.

As soon as scales are seen distending behind the head, treatment must be started.

Move the goldfish into a sickbay and add a teaspoon of Aquarium Salt per gallon. Also add two teaspoons of Epsom Salts per gallon to the water.

Salt or no salt?
There is some debate whether non-iodized salt should be used at all. Some believe salt stresses failing kidney function even further, while others believe raising the water salinity closer to the fish’s internal chemical salinity helps kidney function.

Both arguments are correct, but it is the amount of salt in the water that is important. At low levels, salt will not stress the kidney but will give the immune system a boost.

Perfect water conditions must be maintained at all times to give the fish's immune system the best chance to recover.

Slowly raise the water temperature into the low to mid 80s F (27-29oC). This prevents the bacteria from multiplying.

I would also add a general bacterial treatment such as Kanaplex  or any Kanamycin based medication. Follow the directions on the packet for dosage levels.

Several other medications I haven't tried but others claim are effective are Ofloxacin, Cefixime and Augmentin.

For Ofloxacin, crush 50mg into a little water and add the solution to 10 liters (2.6 US gals) of water.

Continue this treatment for 7 days.  If there is no improvement after 3 days, start treatment with one of the other two.

Crush 50mg of Cefixime or Augmentin into a little water and add the solution to 12 liters (3 US gals) of water.  Continue for no more than 5 days.﻿﻿

If the fish is still eating, only feed it live foods and medicated fish food that targets dropsy.

As Sandoval states above, at present there is no effective treatment for myxozoan parasites.

Praziquantel has been suggested as a treatment and again quoting Sandoval "praziquantel, a drug that is very effective against schistosome and tapeworm parasites, but effects against myxozoans have not been evaluated as effective to my knowledge".

Because the cause of dropsy in a fish is unknown unless biopsies are examined after death, a multi-pronged treatment must be undertaken.

Keep up the treatment until there is an obvious improvement.  When the swelling has gone, start reducing the salt concentration at each water change.

Once the fish is behaving and eating normally for a few weeks, it can be returned to its aquarium.